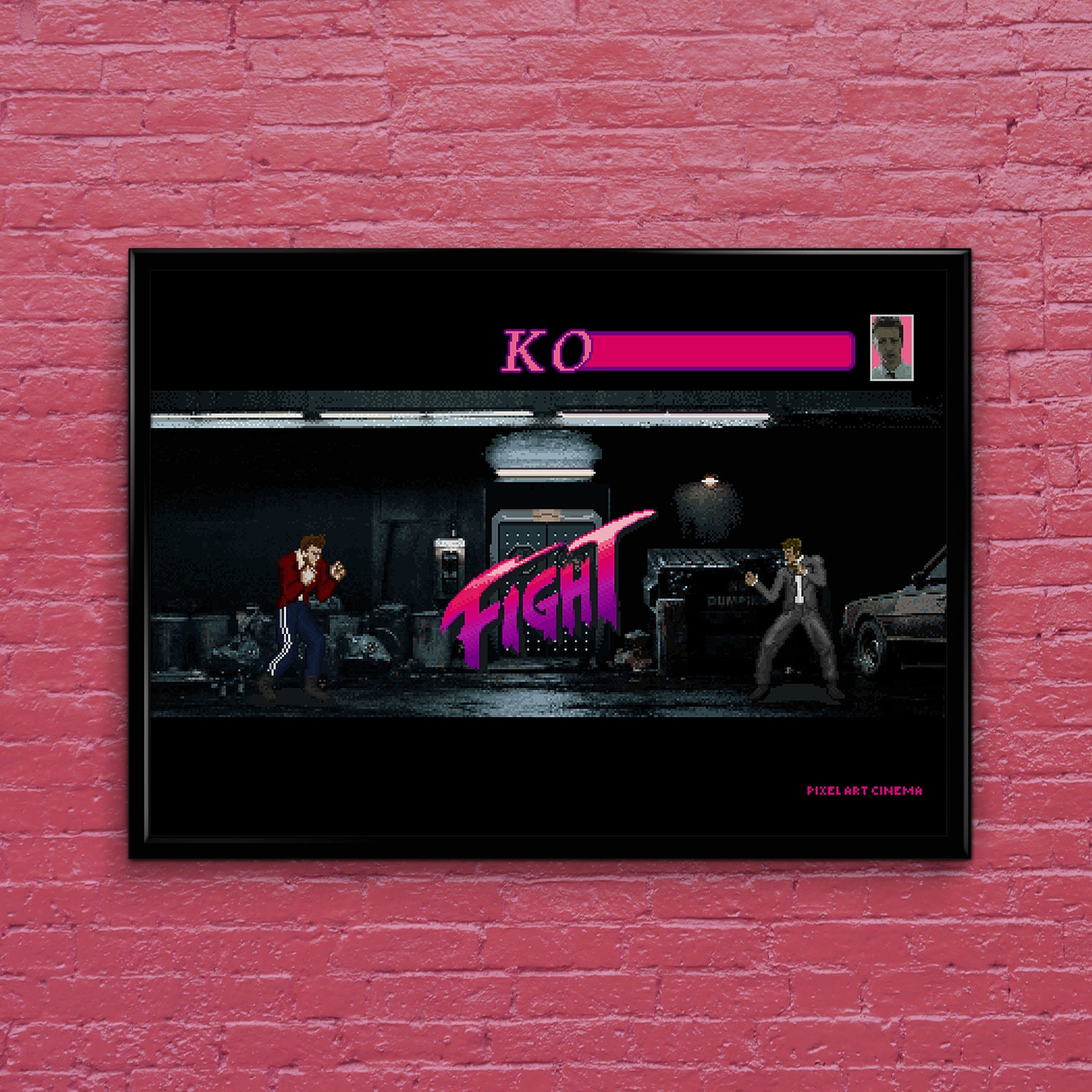 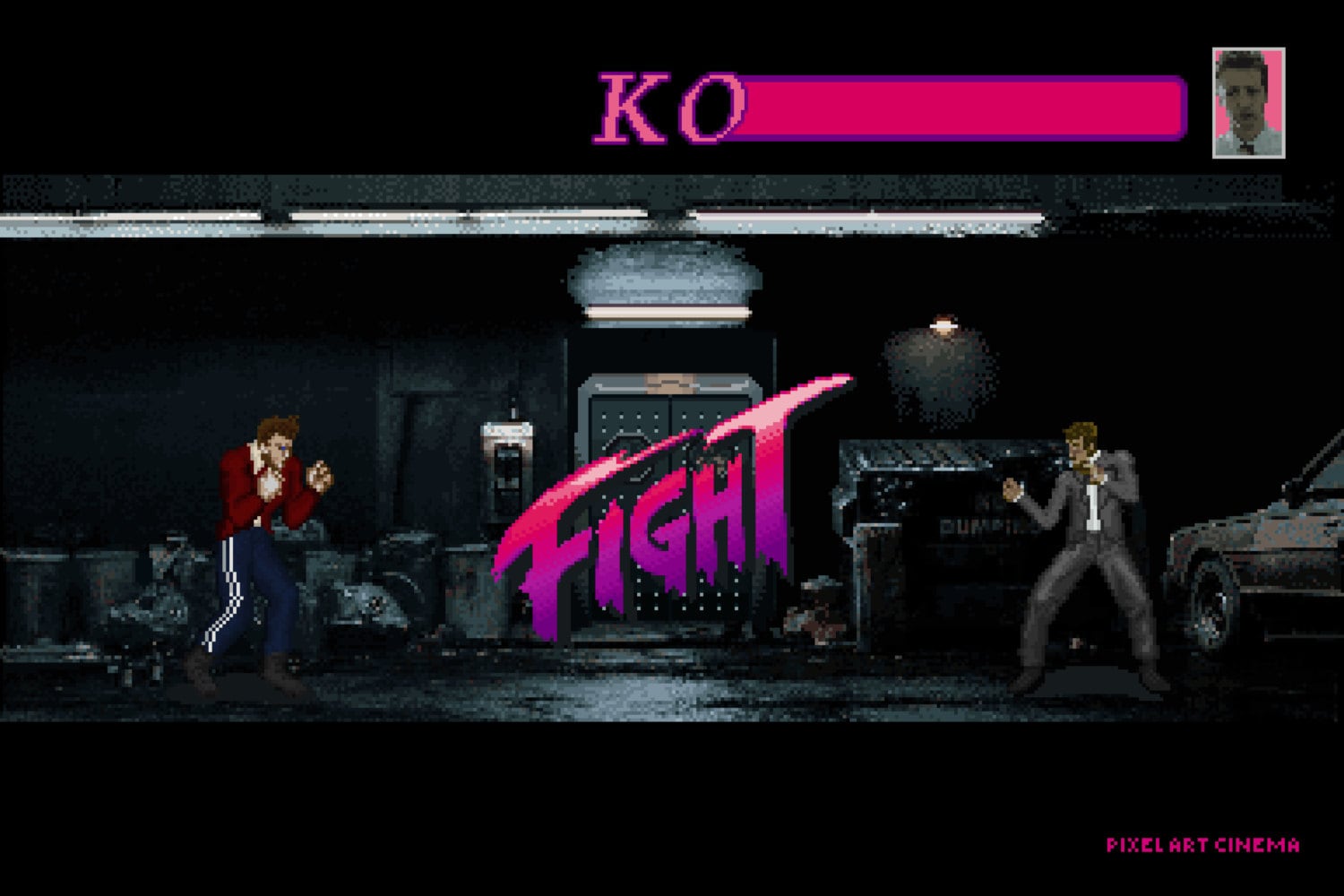 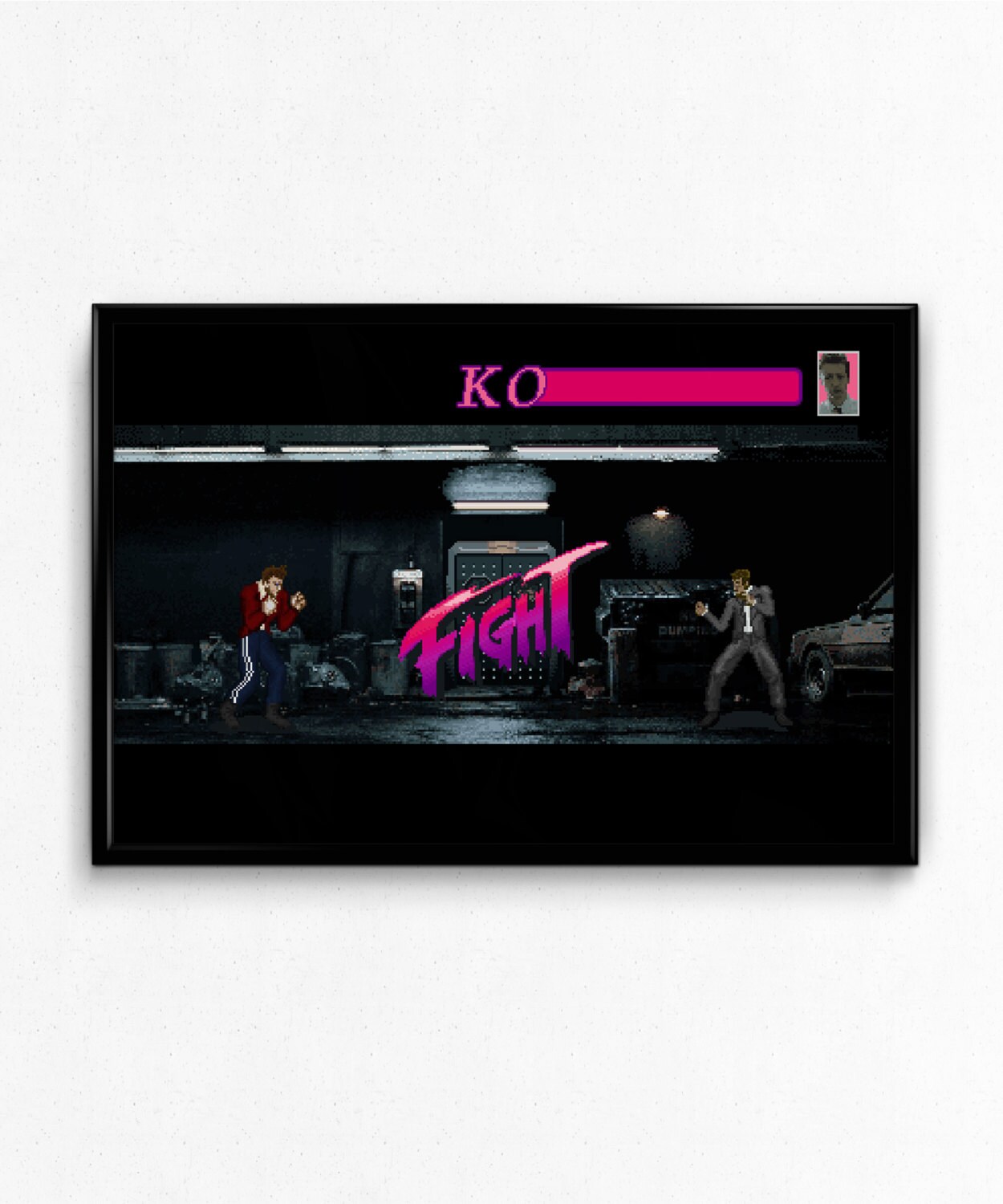 Fight Club Poster - "I remember my first fight, with Tyler."

Fight Club meets Street Fighter in this Fight Club poster, based on the narrator’s first fight with Tyler Durden, outside a lovingly pixelated rendition of Lou’s Tavern. Based on David Fincher’s Fight Club. Relive the founding of everyone’s favourite underground boxing club.

Lou’s Tavern was a real bar that closed shortly before Fight Club was filmed, and was destroyed completely after filming was complete.

*Print does not come with frame.

We accept all Etsy payment options, you cannot cancel an order once submitted, however I will work with you as best I can if complications arise.

We ship immediately upon printing of your product. Confirmation and tracking codes will be sent upon request.

If the item arrives in an unsatisfactory condition (wear, damage from shipping) contact us for a replacement item, we will handle shipping costs to make it right.

0 items in your cart